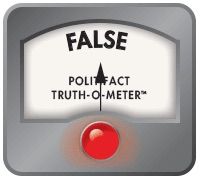 MISSOURI- Uniting Missouri, a political action committee in support of Gov. Mike Parson&rsquo;s bid for reelection, has been running several attack ads against Nicole Galloway, who is looking to unseat him in the Nov. 3 election.

The purpose of these ads is to connect Galloway to groups that want to defund the police and reinvest some funding into social services, an idea that has gained traction over the past few months in response to the police killings of several Black Americans during altercations.

A Sept. 2 ad&nbsp;said: “Galloway’s campaign is being bankrolled by the same extremists who want to defund our police.”

Another ad&nbsp;released that same day featured a woman named Le&rsquo;Jon who talks about how crime has affected her family. She then goes on to make word-for-word the same claim as above.&nbsp;An Aug. 19 ad&nbsp;featured a police officer named Rob Dean who said that Galloway&rsquo;s campaign “has been funded by left-wing extremists who want to defund our police.”

We wanted to see if that was true, so we looked through all of&nbsp;Galloway&rsquo;s campaign finance reports&nbsp;since she announced her candidacy in August 2019.

Every political campaign is required by law to submit quarterly reports of donations. They also have to do this before and after primary elections.

After sorting through these reports, we found no contributions made by any group that expressly and openly supports defunding the police. Most of the donations were from individuals and labor unions.

Her top donors were the Carpenters District Council of Greater St Louis & Vicinity with $69,300, Plumbers and Gasfitters Local 8 with $25,500 and United Automobile Aerospace & Agricultural Implement Workers of America with $20,000.

When asked what pro-defunding police groups were bankrolling Galloway&rsquo;s campaign, Uniting Missouri PAC communications director Mike Berg said that the group Indivisible has been urging voters to donate to Galloway.

Indivisible is a national organization founded in response to President Donald Trump&rsquo;s election in 2016.&nbsp;According to the group&rsquo;s website, the group works to “resist the GOP&rsquo;s agenda, elect local champions, and fight for progressive policies.”

The national website also&nbsp;urges&nbsp;their supporters to “call on your own local and state officials and tell them to defund your local police department and invest those funds in resources people need in Black communities, Indigenous communities, and communities of color.”

The Missouri chapter of Indivisible&rsquo;s website&nbsp;urges voters to volunteer and donate&nbsp;to a number of Democratic candidates including Galloway. The St. Louis chapter has also&nbsp;posted links&nbsp;on Facebook to donate to Galloway&rsquo;s campaign.

Nowhere in Galloway&rsquo;s campaign finance reports are any contributions made in Indivisible&rsquo;s name.

The Missouri GOP also released a&nbsp;statement&nbsp;Tuesday that said “her campaign is taking money from groups like Planned Parenthood, NARAL, Indivisible and the Sunrise Movement that are pushing defund the police policies.”

Although it is none of their primary missions, these groups have all shown support for efforts to defund the police.&nbsp;Planned Parenthood,&nbsp;NARAL&nbsp;and Indivisible have all publicly voiced support for Galloway, but we found no donations made in any of these groups&rsquo; names.

Kevin Donohoe, a spokesperson for Galloway&rsquo;s campaign, said he was unaware of any evidence supporting the ad&rsquo;s claim. He pointed to numerous occasions where Galloway has said that she does not support defunding the police. We found&nbsp;one such occasion&nbsp;reported as early as July 2.&nbsp;

Uniting Missouri PAC&rsquo;s ad claims that “Galloway&rsquo;s campaign is being bankrolled by the same extremists who want to defund our police.”

At least one group, Indivisible, has been encouraging people to donate to Galloway&rsquo;s campaign. However, to say the group is “bankrolling” her campaign when it hasn’t directly contributed any money is wrong. We rate this claim False.

Thu Oct 15 , 2020
ST. LOUIS — The Metropolitan St. Louis Sewer District has been awarded a $22 million loan from the Missouri Department of Natural Resources to make improvements to its local wastewater collection system. The loan will go toward upgrades to MSD’s Deer Creek Pump Station and the project is expected to […]