ST. LOUIS COUNTY, Mo. — On Tuesday night, the St. Louis County Council voted to not just read a select handful of public comments on health orders, like the mask mandate, like they have done at previous meetings. Instead, they voted to hear from everyone – all 2,000+ comments submitted by residents.

Page accused a councilmember of “stuffing the comment box” to make it look like there were far more people against the mask mandate than there actually were. He said when the council only selected some of the comments, it artificially inflated the appearance that the majority of public comments were anti-mask.

“Last night some of the council members discovered that another council member had been stuffing the comment box and then working to limit comments at the council meetings so that only the minority of people in St. Louis County who are opposed to mask mandates would be heard,” Page said during his regularly scheduled briefing Wednesday morning.

Page said Council Chairwoman Lisa Clancy was upset to learn about the tactics used by a fellow councilmember and that she was a driving force behind making sure everyone’s voice is heard.

“She was upset, and she should be,” Page said. 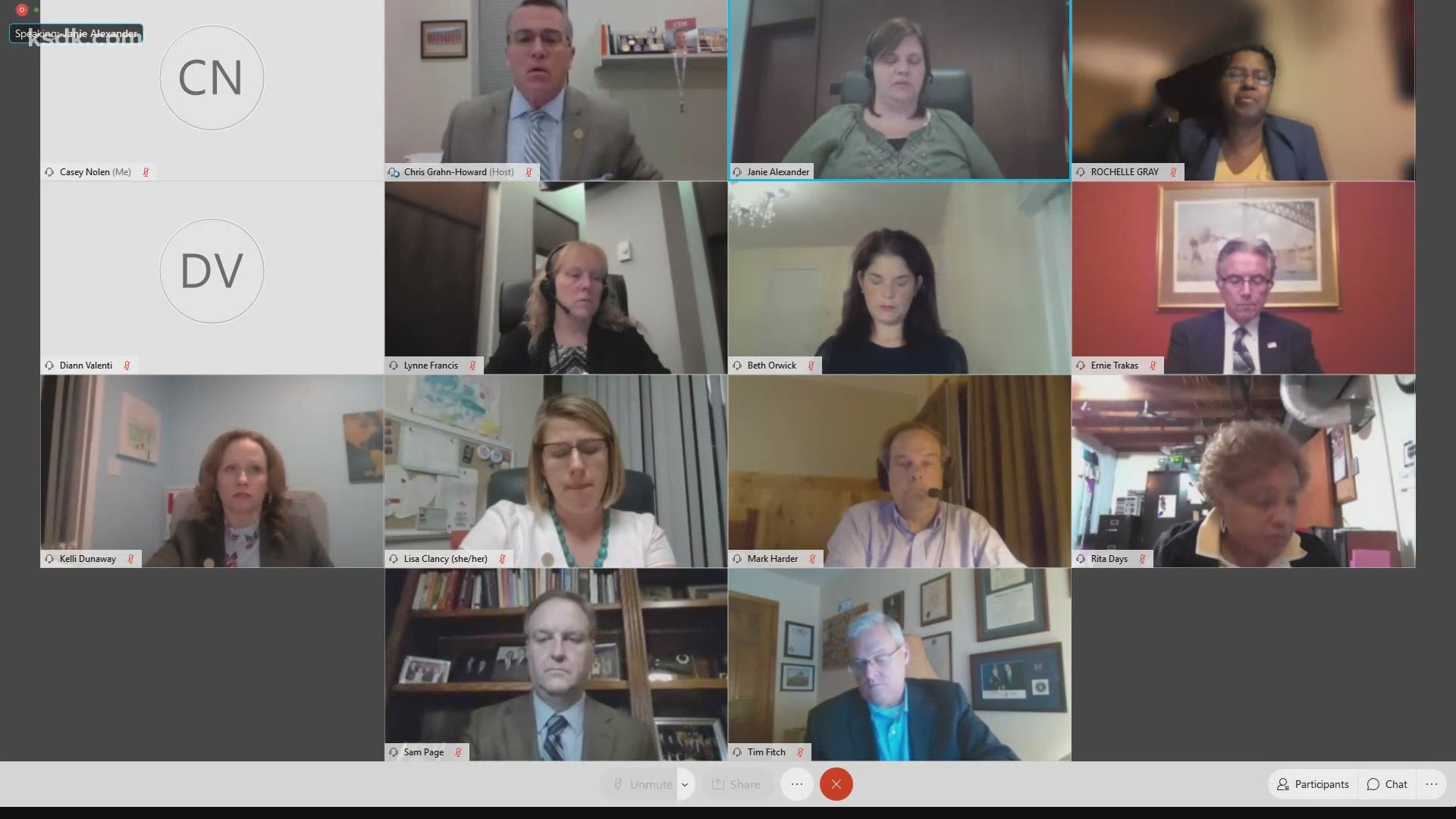 After emailing Clancy’s office Wednesday morning for comment, the councilwoman shared a screenshot of a post that appeared to be made by District 7 Councilman Mark Harder in the “STL County Sports Families Against Youth Sports Mandate” Facebook group.

“Pages & Clancy supporters are mounting a comment surge for Tues night meeting to support the Doctor and all that he has done for us. You need to get your comments sent in starting at 12:01 a.m. tonight so they are the first 60-80 comments read. That is all we will have time to hear. The rest will not be read so we hope the opposing comments will not get read,” the screenshot showed.

“He appears to not only be attempting to stuff the comment box, but also making it clear that he does not want any opposition on his bills to be heard,” Clancy emailed 5 On Your Side Wednesday. “It is also telling to me the topic of the group in which he is posting, especially because he claims that his bills are just about checks and balances.”

At recent St. Louis County Council meetings citizens have weighed in with hundreds of comments, many of which were never read. Instead, reading of the comments was cut-off at about two hours with the remaining comments supposed to be entered into the official records of the meetings.

Clancy said because so many comments have been coming in, the council staff is three weeks behind in preparing journals for councilmembers, which means they’re not getting the opportunity to see what wasn’t shared out loud during the meetings.

Page said awareness that the council was considering removing the mask mandate prompted even more residents to send in their comments. Clancy said she has seen support for the mask mandate in the emails that, so far, haven’t been shared.

“I am committed to ensuring that all voices who want to be heard on this important policy issue are heard. The council is considering changing the basis of people’s health and safety from ‘based on science’ to ‘approved by a supermajority of politicians’, so we ought to at least be willing to hear what everyone thinks of that,” Clancy said Tuesday night.

“From the comments I heard from people who have so far been silent, they are worried and appalled and unwilling to trust the council to stand up to the people who believe in herd immunity and no masks.”

The council voted 5-2 Tuesday night to allow all comments to be read. As of about 9 p.m. Tuesday the council had heard fewer than 75 of the more than 2,000 emails. Reading through all of them could take several days.

Once the council reads through the comments, they’re expected to vote on bills that could shift control over how public health orders – like a mask mandate or restrictions on youth sports and businesses – are handled.

The bills would take power away from Page and the health director and give it to the council, including one that says any mandate of more than 15 days would require the council’s approval.

You can watch Sam Page’s full briefing from Wednesday morning in the video player below.