If you have a question, Steve Pokin wants to hear it.

Answer Man: I’m curious about the trail — or whatever it might be — that starts at the southeast corner of Haseltine Road and Grand Street on the west side of Springfield. It looks like an old, overgrown trail. I drive by it every day before and after work. — Charles Kissee 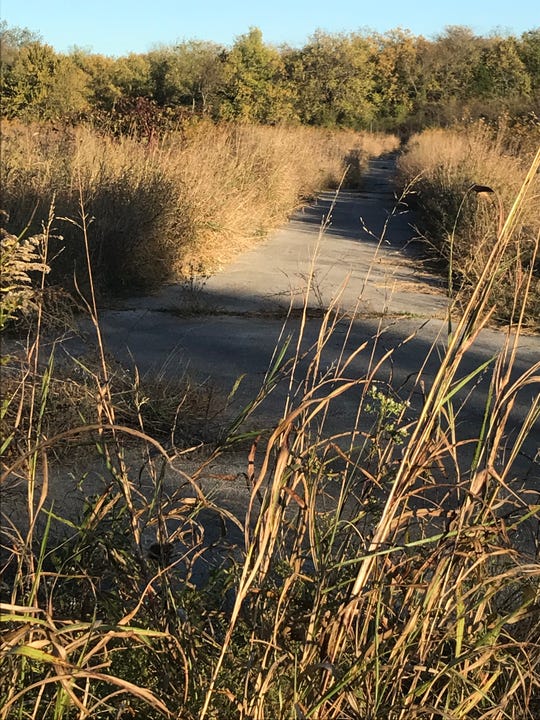 This is what the paved trail looks like from Farm Road 115, also known as Haseltine Road, near Haseltine Estate Wedding Venue. (Photo: Steve Pokin/News-Leader)

I started by looking at online property records. The property where you see the overgrown paved trail that apparently leads to nowhere is owned by Wolf Residential LLC, based in Springfield.

I contacted the company’s registered agent, local attorney Craig Lawther, and he said he would try to get someone to call me. That didn’t happen by deadline.

Google Maps shows that the trail continues and runs behind (to the east) the houses along Silo Hills Drive in the Vintage Hills subdivision. The subdivision is outside of city limits.

More: Answer Man: Reader sees nothing but green lights driving National Avenue; why is that? 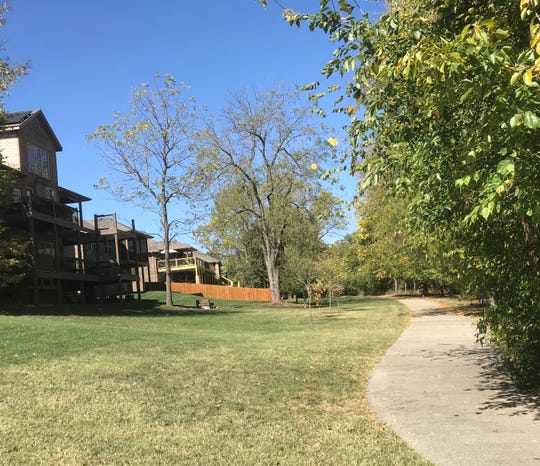 This is a different section of the same paved trail. It is part of the Vintage Hills subdivision and is owned by the homeowners association. (Photo: Steve Pokin/News-Leader)

So I drove there, put my mask on and looked for cars in the driveway or open garage doors and knocked on those doors.

Homeowner Heather Swearengin tells me that the paved trail is about a mile long and, she believes, about half of that length is owned by the Vintage Hills Homeowners Association.

Swearengin says she and other residents use it often.

She allowed me to cut through her yard so I could walk the trail and take photos.

It’s a nice wooded area that looks far better than the stretch you can see off of Haseltine Road.

More: Answer Man: What’s the big structure going up along Highway 125 in Strafford? 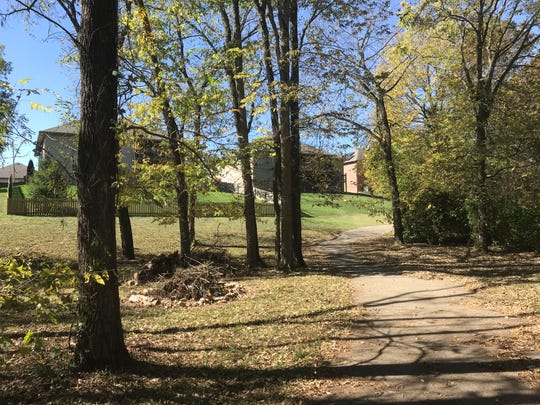 This is a different section of the same paved trail. It is part of the Vintage Hills subdivision and is owned by the homeowners association. (Photo: Steve Pokin/News-Leader)

Ron Cooper, who also lives on the block, says that to the best of his knowledge the entire length of the one-mile trail was built at the same time — when both adjoining parcels were going to be part of one housing project.

One part of the project didn’t get built — the one off of Haseltine Road where the trail is overgrown — but the other part did, which is where Vintage Hills is today.

More: Pokin Around: Nursing homes under lockdown because of highly vulnerable residents

That certainly makes sense to me.

Cooper then asks me to do him a solid.

“Can you mention that no motorized vehicles are allowed on the trail?”

Here's what you need to know this morning: Wednesday, Oct. 14

Wed Oct 14 , 2020
CPS students wanting to switch to all-virtual learning must get on waiting list Families in Columbia Public Schools who want their children to switch from in-person classes to all-virtual learning must get on a waiting list, district spokesperson Michelle Baumstark said Tuesday. As of Monday, about 70 elementary school students […]