The roundtable discussion will begin at 11:30 a.m. on Thursday

ST. LOUIS — Attorney General William Barr will be in St. Louis on Thursday to lead a roundtable discussion on Operation LeGend with state and local law enforcement.

U.S. Attorney Jeffrey Jensen of the Eastern District of Missouri and St. Louis police chief John Hayden will be there as well. It’ll begin at 11:30 a.m., according to a press release.

Operation LeGend first launched in Kansas City, Missouri in July and has since expanded to several other cities. The initiative is named in honor of 4-year-old LeGend Taliferro, who was shot and killed while he slept early in the morning of June 29 in Kansas City.

On Sept. 22, officials said more than 200 people have been charged with federal crimes in St. Louis since the beginning of Operation LeGend.

The operation was expanded to Chicago and Albuquerque on July 22 to Cleveland, Detroit, and Milwaukee on July 29 to St. Louis and Memphis on Aug. 6 and to Indianapolis on Aug. 14.

The day the program was announced in St. Louis, protesters gathered outside the St. Louis Metropolitan Police Department while the press conference to announce the program was happening. Some chanted, “take the feds with you.” 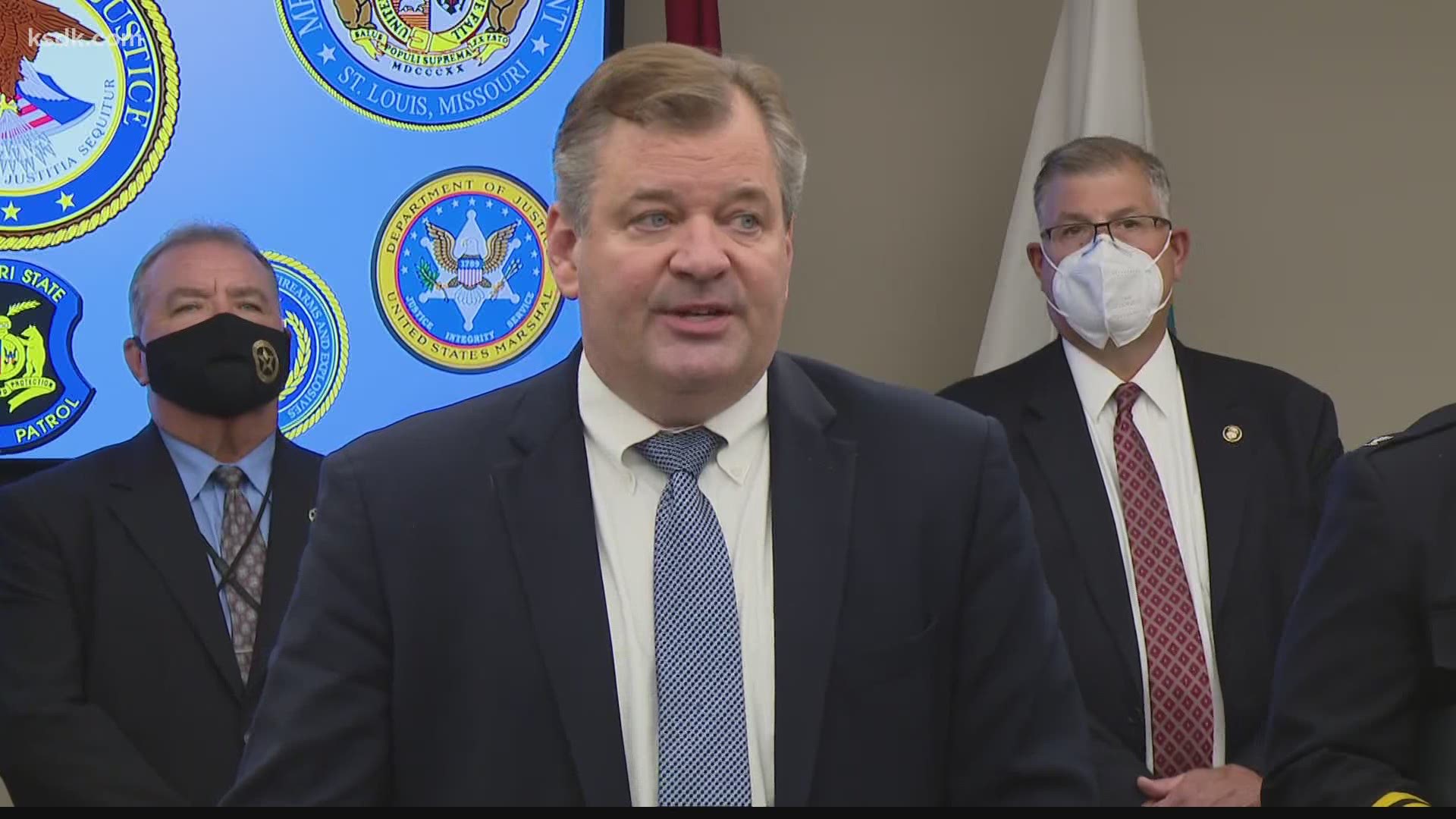