ST. LOUIS — For many people pets are just like family.

That’s exactly how a St. Louis woman feels about her beloved German Shepherds.

She left them at a doggy day care and were told they escaped in the middle of the night.

5 On Your Side spoke with the dogs’ owner Tuesday who says she’s not the only person who’s upset.

“Panic you know I was like I’m way far away and I can’t get there quickly,” said the dogs’ owner Lisa Renaud.

Downtown Dogs STL, a daycare and grooming center just off Delmar lost her beloved German Shepherds Sophie and Lillie early Sunday morning, after Renaud dropped them off the day before.

“I asked him what they were doing to find my dogs and he said a coworker was racing there and they were going to go out and look for them,” explained Renaud.

Renaud says a day care employee told her the dogs escaped through a fence near the back of the boarding area.

Then she learned it’s not the first time a dog has disappeared from Downtown Dogs STL.

“I received a call from someone else back in June who said they lost their dog and they were not very helpful for them,” added Renaud.

Leaving Renaud to wonder whether she’s getting the whole story.

5 On Your Side reached out to the owner of Downtown Dogs STL and was told they’d call us back.

Eight-year-old Lillie was returned by a family claiming they picked up both dogs Sunday with no collars.

After that the family said Sophie “ran off.”

“They have my heart, Sophie is 13 and was my son’s dog who passed away 10 years ago Lillie is her baby and is 8 years old, almost 9 years old,” Renaud said.

The shelter is still offering a reward for anyone who brings Sophie back.

“They’ve been very relaxed with it, I just want my dogs back, simple as that,” added Renaud. 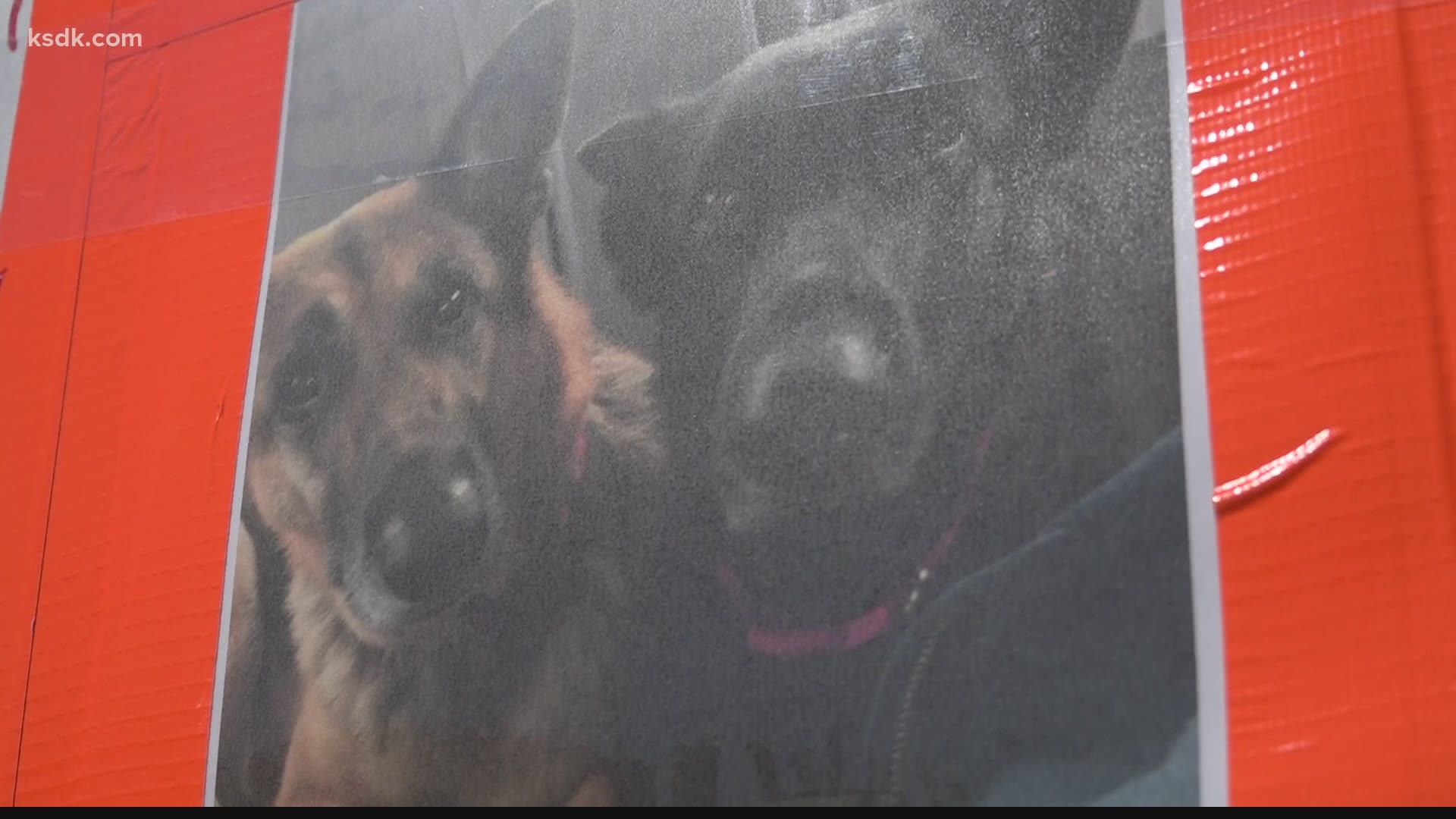