It kicks off with possibly the biggest game of the year. Lutheran North, known as “Scholarship High”, will take their roster of college-bound players to North County to face-off against a Trinity Catholic squad known for its division one football players.

The Crusaders, led by Mizzou commit, Travion Ford, and a strong supporting cast on defense, will look to control the game early on. They got their first taste of action last week traveling to St. Charles County, defeating Parkway West, 34-6. Although they got the win, head coach Carl Reed Jr. said his guys are a long way from where they need to be.

“We got a lot we need to clean up because we made a lot of mistakes,” Reed said speaking of their first game. “We kind of figured that from not having been on the field in almost a year.”

The Lutheran North vs. Trinity football game tonight is NOT open to the general public. 2 parents per rostered player home and away only! There is NO LIVE STREAM. If you are not on pass list you will be turned away.

As for the Titans of Trinity Catholic, they last played a game on November 30th, 2019, so they will be leaning heavily on experience to carry them across the finish line. The Titans return 16 seniors, who all have college offers and are all itching to return to the top of the mountain as they won the Class 2 state championship in 2019.

They too have a Mizzou commit in Tyler Hibbler and you can’t miss their 6’3 matchup nightmare, Demetrius Cannon, who’s committed to Louisville.

Head coach John Randle, said now is the time to forget all of those rankings and stars, it’s time to play football.

“The majority of our kids want to play college football,” Randle explaining how important these few games are. “The only way they can do that is to showcase their talent. So with that being said, what we have to do is try to find a way to or try to find an avenue for them to be able to play so this is very important for them to get the opportunity.”

The game kicks off at 7 p.m. at Trinity Catholic and will be closed to the public. Highlights from this game will air during the Prep Rally at 10. 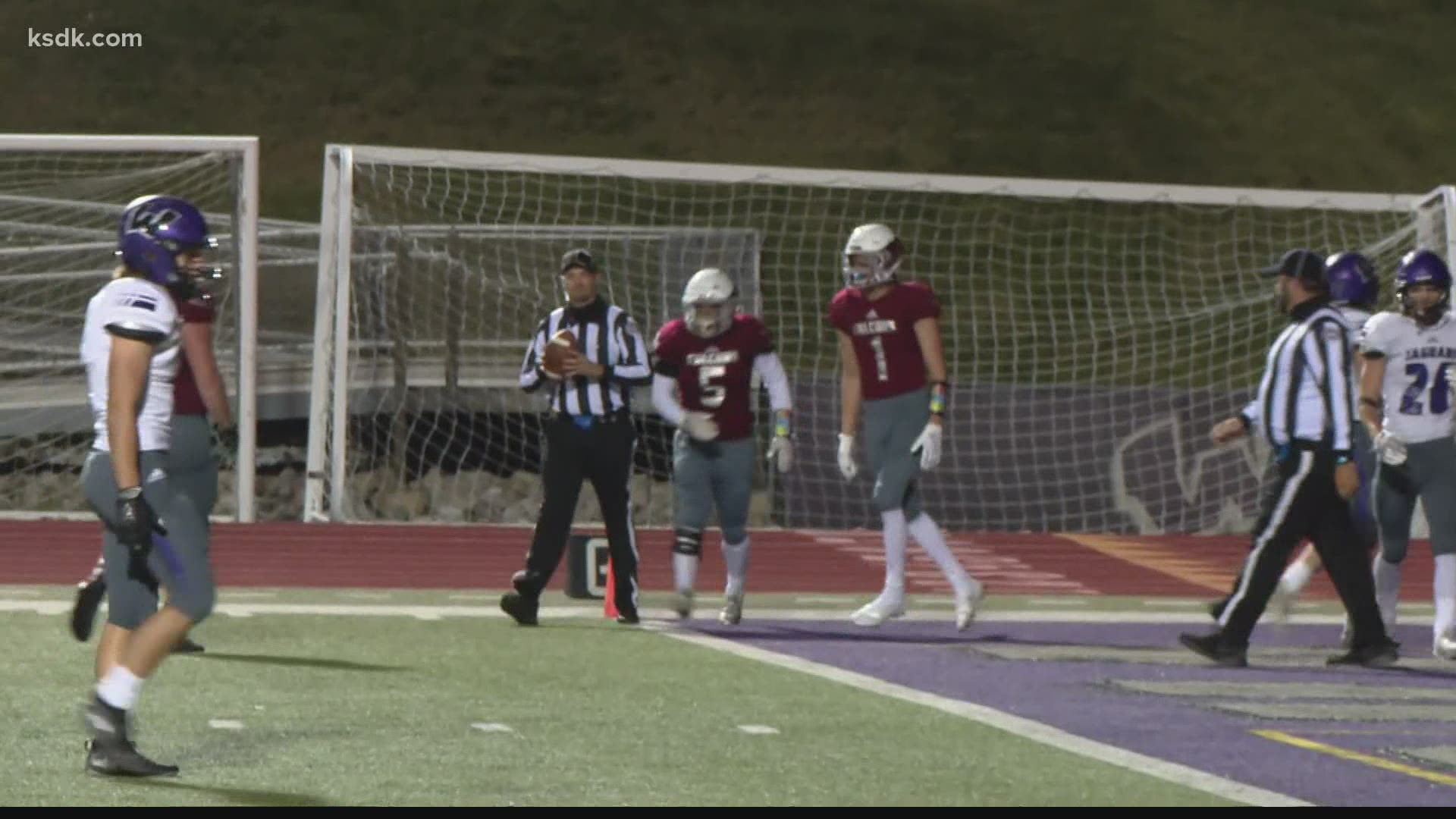