Federal investigators said the ring operated in Missouri, Illinois and Kansas. Investigators found heroin, fentanyl and methamphetamine during the investigation

ST. LOUIS — Fifteen people, including nine from the St. Louis area, were arrested and charged after federal investigators said they were involved in a multi-state drug trafficking ring.

According to a press release from the U.S. State’s attorney for the Eastern District of Missouri, federal agents worked with the St. Louis Metropolitan Police Department to arrest the 15 people they say were involved in the long-running drug ring in the St. Louis and Kansas City areas.

According to an unsealed indictment from Sept. 16, the ring operated in Missouri, Illinois and Kansas. Investigators said they recovered 1.7 kilograms of fentanyl, 250 grams of fentanyl analogues, eight kilograms heroin and 13 kilograms of methamphetamine. They also found more than $150,000 in cash and 15 firearms.

The press release said 15 people were charged in connection with the drug trafficking conspiracy. Two of the suspects, Lee. P Garth Jr. and Lee P. Garth Sr., were also charged with possession of a firearm in furtherance of a drug trafficking crime.

The full list of those charged is as follows:

The press release said the investigation is part of Operation LeGend.

According to the Department of Justice, Operation LeGend is a “sustained, systematic and coordinated law enforcement initiative in which federal law enforcement agencies work in conjunction with state and local law enforcement officials to fight violent crime.” Late last month, the DOJ said more than 200 people have been charged with federal crimes in St. Louis since the start of the program in August. 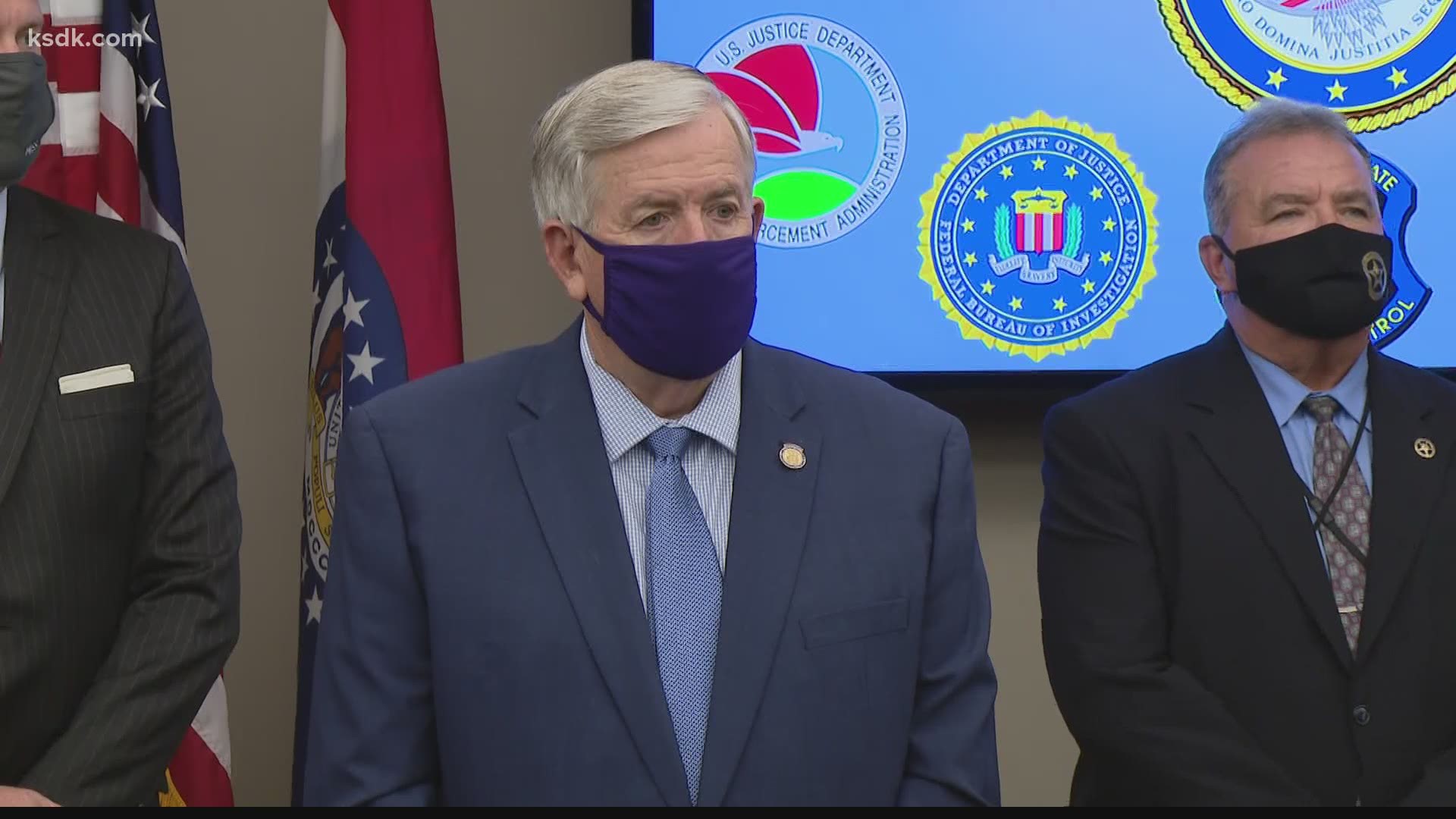