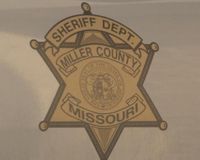 Officers responded to the residence in Olean, Missouri on Aug. 8 and found a woman who appeared to have died from a drug overdose.&nbsp;

At the scene, a deputy found a bag containing a broken medicine capsule that appeared to contain a white powder.&nbsp;

The capsule was submitted to a lab and was determined to be fentanyl, a Schedule II controlled substance.&nbsp;

An autopsy revealed that the female died due to fentanyl intoxication.

Further investigation lead to identifying the suspect. Crooks is a 28-year-old from Columbia.

Crooks was located and taken into custody on Oct. 7 by Miller County detectives with the assistance of the Boone County Sherriff’s Office.&nbsp;

Crooks was charged with delivery of a controlled substance, a class C felony, and second degree murder, a class A felony.&nbsp;

According to the probable cause statement, while in custody, Crooks said he brought a medicine capsule with fentanyl inside of it and gave it to the female. He then told her how much to take.&nbsp;

Crooks also admitted that after she passed away, he called her grandmother and admitted to her that he brought her fentanyl.&nbsp;

Thu Oct 8 , 2020
O’FALLON, Ill. — An O’Fallon, Illinois, girl received the highest honor from the Girl Scouts for her quick actions that helped save a man’s life last fall. Gretel Ulmer was awarded the Girl Scouts’ Medal of Honor for her response to finding a man in need of help while selling […]