JEFFERSON CITY, Mo. — Fallen firefighters will be honored on Sunday with a virtual service.

The virtual memorial service will be held from the Fire Fighters Memorial of Missouri in Kingdom City beginning at 10:30 a.m. It’ll be available to watch on the Division of Fire Safety Facebook page and the Fire Fighters Memorial Foundation of Missouri YouTube channel. The memorial service was originally scheduled for May, but was postponed due to the coronavirus pandemic.

The names of three firefighters who died in the line of duty during 2019 have been added to the monument’s wall commemorating Missouri firefighters:

Captain Owens died in the line of duty after a long battle with occupational cancer. Owens was a 27-year veteran of the St. Joseph Fire Department. He was also an EMT and worked on ambulances for 10 years. He had been a dedicated member of his department’s Honor Guard and a recipient of the department’s Lifesaving Award for his actions on duty. He had served the nation for four years on active duty in the U.S. Army and 11 years in the U.S. Army Reserve.

Firefighter-Paramedic Moore died after suffering a medical emergency while on duty in service to the people of Missouri on June 6. Moore was a 17-year veteran of the fire district and had previously served as a member of the Eureka Fire Protection District and the Metro West Fire Protection District. He had served as a member of Missouri Task Force 1, including being deployed to Ground Zero in New York following the terrorist attacks on Sept. 11, 2001, and in New Orleans following Hurricane Katrina.

Chief Reding and other members of the department responded to a mutual-aid call for a structure fire. A few hours after returning from the call Chief Reding collapsed at his residence from a heart attack. He had joined the Duenweg department as a 14-year-old junior firefighter, served for a total of 49 years, and was instrumental in the department’s advancement for decades, including the planning and construction of a new fire station in 1991. He had served as chief of the department since 1998.

“Missouri’s fire service is tied together by the dual traditions of selfless service and faithfully honoring those who make the ultimate sacrifice,” Gov. Parson said. “Society’s debt to those who paid the ultimate price for their service can never be repaid, but we will never forget their service. We are grateful for the men and women who continue to step up and answer the call, putting themselves at risk to protect others.”

“This year, we will miss the camaraderie takes place each year when members of the fire service come together from across the state to remember and celebrate the lives and service of our fallen comrades,” State Fire Marshal Tim Bean said. “This month’s virtual service will ensure that we honor those who paid the ultimate price in 2019 and remind us once again of the unbreakable bond between the members of Missouri’s fire service.” 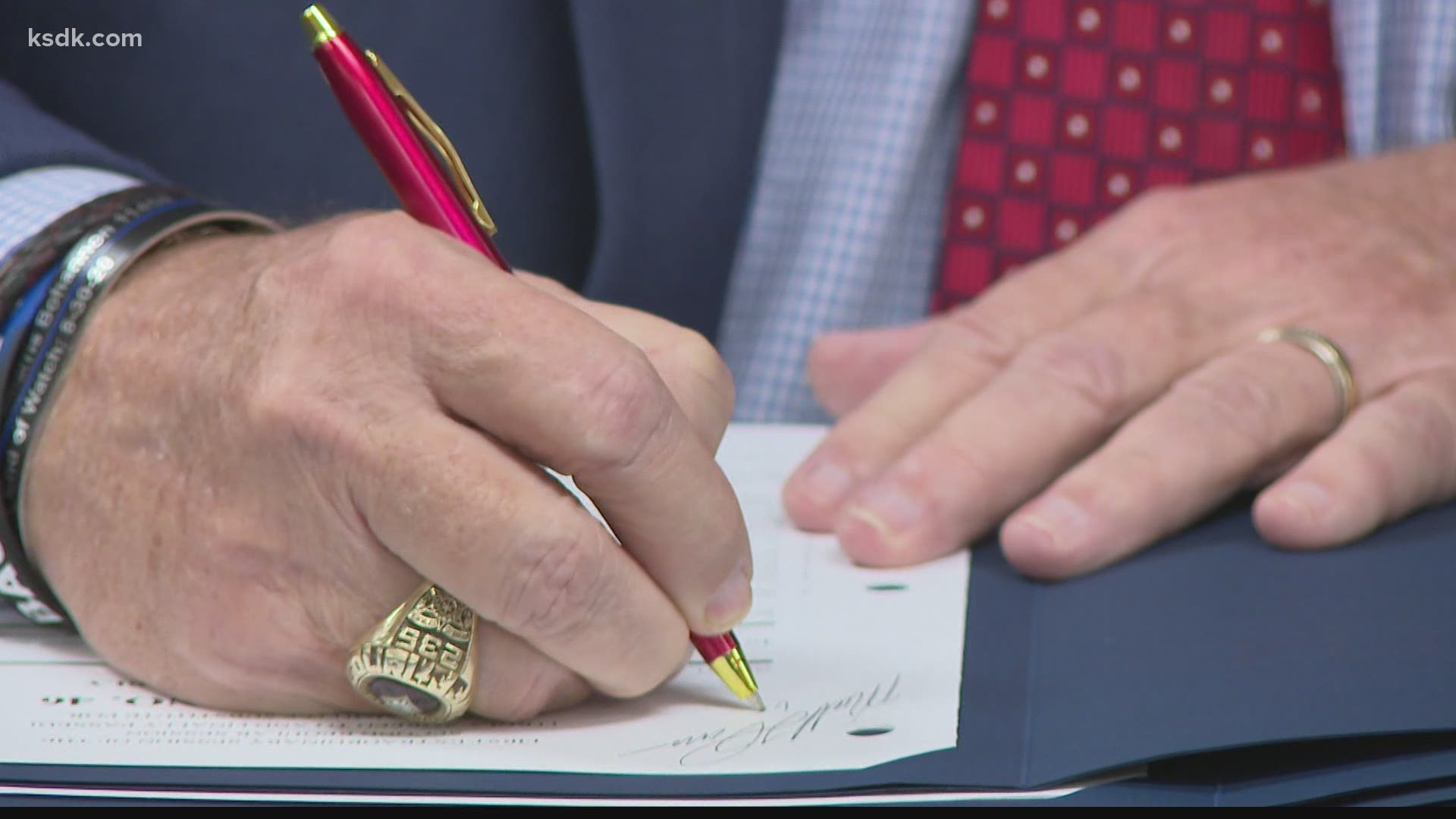