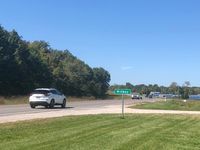 MIDWAY – A string of burglaries and larcenies have impacted more than a dozen properties around the Midway area.

A post from the Boone County Sheriff’s Department on a private community group said that the department had answered 19 calls related to thefts in the area since Aug. 31.

Official reports were made for 13 of the calls.

Holly Mulligan’s barn was burglarized two days in a row, on July 16th and 17th.&nbsp;The location of the burglary and the items stolen match the reports from the last month.

“At first we thought it was just us,” Mulligan said. “We started seeing more posts come through and we saw it was the area that was being affected.”

Mulligan said a chainsaw and various tools were stolen from the barn behind her house.

The burglary prompted Mulligan and her husband to invest in security cameras and motion lighting. She said the security cost them about $500 to 600 to get installed.

“We’re tucked in at the end of a cul de sac,” Mulligan said. “We felt like sitting ducks, so we wanted to see who was approaching the property when we aren’t here.”

A town hall meeting with residents and the Sheriff’s Department was held outdoors on Monday at Rost Landscaping.

Pam Smith attended the meeting. She said the community learned important information from the Sheriffs Department on how to help find suspects.

“The police are saying make a report if you see a strange vehicle,” Smith said. “That helps them connect a lot of dots, so they can see a habit of what they’re looking for.”

Residents at the meeting were advised to record the serial numbers on valuable items. The Sheriff’s Department also suggested to make some kind of personal identification on items.

These measures can help trace the items if they are sold quickly.

Smith also said residents were advised to keep their outdoor lights on.

The Boone County Sheriff’s Department could not comment on any suspects because these investigations are open and ongoing.

Man charged in murder of liquor store owner in 1993