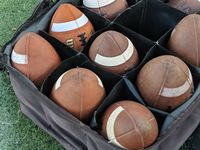 COLUMBIA – Battle football is preparing to face Moberly on Friday after their game against Smith-Cotton was canceled due to COVID-19 concerns.

Smith-Cotton announced on Monday that a member of the football program tested positive for the virus and that person is quarantining at home.

The program had 31 players and coaches attend its practice on Thursday and they will spend 14 days in quarantine and monitor symptoms.

Battle has not played a game since Sept. 11 because their game against Hickman on Sept. 18 was cancelled due to concerns about the virus.

The team had a bye week last Friday because of a previously canceled game against Crete-Monee from Illinois.

“We’re excited to get back out on the field this week practice-wise and have a game to look forward to on Friday,” Huck said.

He said that the process of figuring out another team to face was very quick.

“I was trying to give Smith-Cotton a little bit of time to sort of deal through their announcements,” he said. “Before we even had time to release that we were looking for a schedule, Moberly had already reached out to us.”

He wasn’t shocked when he found out the news about the cancellation.

“With the times that we’re in, it kind of was just one of those ‘Alright, well we’ll get past it, we’ll figure something out, we’ll do what we can to be able to play on Friday,” he said.

He said the players are excited to finally play again.

“They’ve been doing what they can to stay in shape and do the virtual workouts and all of that, but at the end of the day nothing compares to getting back out and playing on a Friday night, so I know they’re ready,” Huck said.

Tue Sep 29 , 2020
The Cardinals aren’t getting much attention around baseball as the postseason begins, but that doesn’t bother them. Here’s why they could make a surprise run ST. LOUIS — It’s been quite an interesting and unique road, but the St. Louis Cardinals are back in the postseason in 2020. It’s no […]