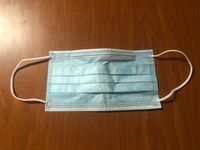 FULTON – According to a Fulton City Council press release, the council unanimously voted to recommend face coverings be worn by all City of Fulton citizens.&nbsp;

On Tuesday, the Fulton City Council held a meeting to discuss the possibility of a mask ordinance.&nbsp;

At the meeting Fulton residents had the opportunity to voice their concerns regarding face masks. Seven citizens were for the ordinance, while seven were against it.&nbsp;

Although not a part of the official motion, the release notes Fulton officials will reach out to other areas of Callaway County to collaborate on masks “with a unified voice.”&nbsp;