CLAYTON, Mo. — St. Louis County voters may soon have the chance to limit the county executive’s power during a public health crisis should the council approve two charter amendments set to come before them for the first time Tuesday night – a move County Executive Sam Page is dismissing as nothing more than partisan politics.

Republican council members, Tim Fitch and Mark Harder, co-sponsored the proposed charter amendments, saying they would bring the county more in line with the checks and balances other governments have in place, including St. Charles and Jefferson counties as well as the state of Missouri. Page is a Democrat.

“I’d be saying the same thing no matter who the county executive is,” Fitch said. “I understand (the Council) wants to protect Sam Page, but he may be out of office Jan. 31, and, if that’s true, do they still feel the same way about the next county executive?

The County Council appointed Page as the county executive after Steve Stenger was indicted on federal pay-to-play schemes.

Fitch said several of Page’s decisions have come under fire lately, including the $2 million he spent to build a temporary morgue that has only housed about 60 bodies for short periods of time and led some minority contractors to protest, saying they were excluded from the process. Fitch said minority contractors are required by ordinance to be included, but the public health order allows Page to circumvent the process.

Youth sports leaders threatened during a press conference Monday to file an injunction against Page if he doesn’t show them the evidence he used to scale back youth sports programs because they are spreading the virus. Fitch and Harder both spoke at the press conference. 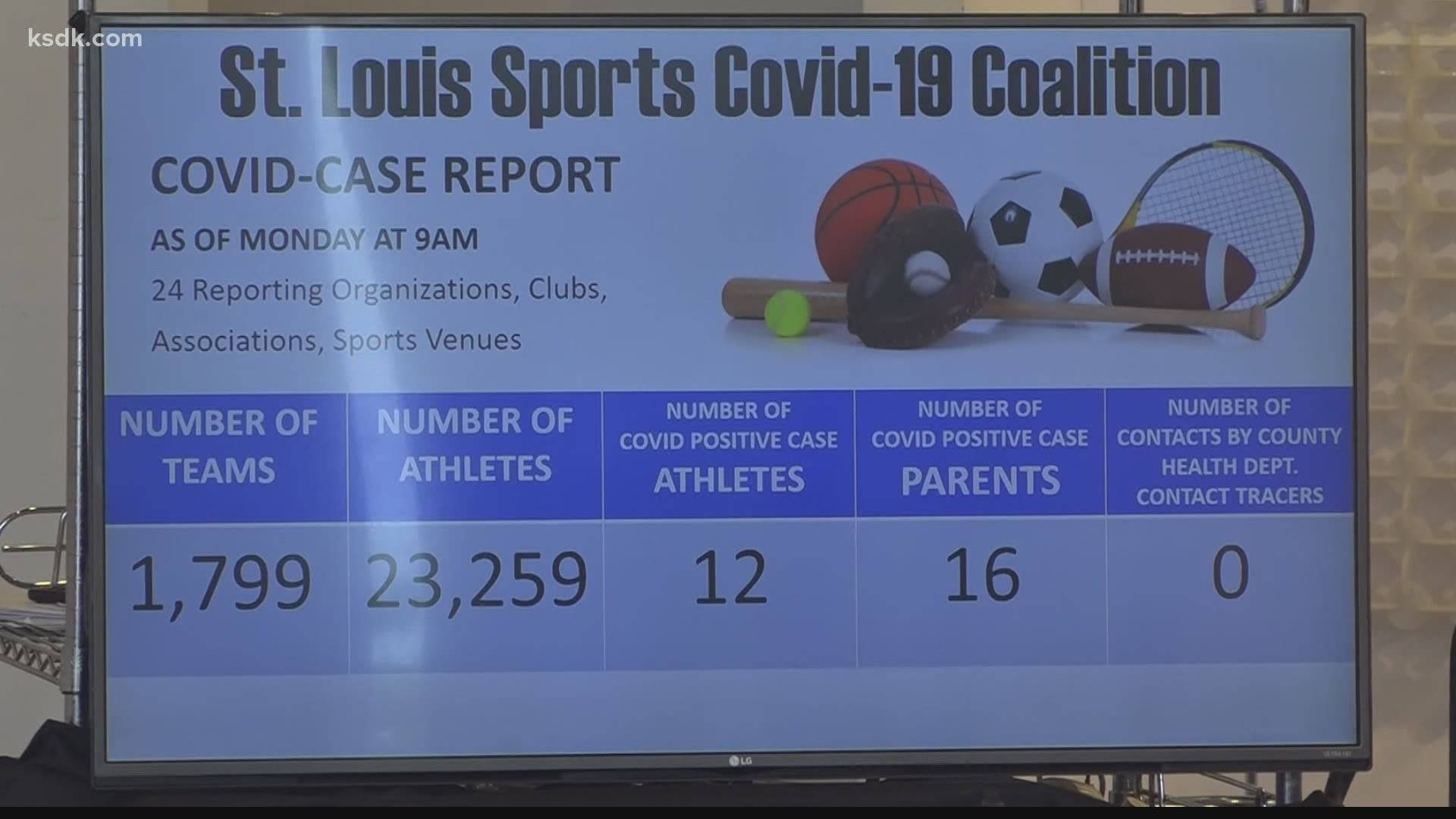 But Page, a Democrat, said Fitch and Harder’s proposed amendments are strictly for partisan purposes to “limit public health orders, stay at home orders or to limit any sort of health orders that keep our community safe,” during a briefing Monday before reporters on the latest COVID-19 information.

Fitch said Page missed the point in his remarks.

“I personally agree with mask-wearing, this isn’t about that, it’s about the council exercising its legislative oversight and responsibility,” he said. “Is that partisan politics? Because the state legislature has the authority to review public health orders. That’s not partisan; that’s a check and balance of powers of government.”

Right now, the county charter allows the County Executive and the Director of Public Health to issue emergency and public health orders that can continue indefinitely without oversight from the County Council. Republican council members Tim Fitch and Mark Harder co-sponsored legislation that would allow such power to exist only for 15 days, after which the County Council would have to pass a resolution to extend the order and set an expiration date, according to a press release.

It would then take a two-thirds majority vote for the order to continue, under the proposed legislation.

The Council will take its first vote on the plan Tuesday. Should it pass, it will need a second vote, and 15 days after that to become law and appear as two proposed county charter amendments on the Nov. 3 ballot.

Tue Jul 21 , 2020
2020 is turning out to be a tough year to try to get married. Some couples have set dates then rescheduled for a few months later, only to reset again. And you can only imagine the juggling act that those who work in the wedding industry are going through. Source […]