And Hawley, now a United States senator, offered a stern message to any human traffickers in Missouri that they would be hunted down and prosecuted.

But three years later, the highly publicized massage parlor case is coming to a quiet close with no felony charges being filed in Missouri.

Greene County Prosecutor Dan Patterson confirmed Monday his office will not be filing any sex-trafficking related charges against the operators of the 13 Springfield massage parlors targeted in the July 2017 raids carried out by the Springfield Police Department and Missouri State Highway Patrol.

Patterson said the highway patrol submitted cases to his office to review for potential charges involving the operators of Lotus Spa (220 W. Sunshine St.) and Rainbow Spa (2005 E. Kearney St.), but prosecutors did not feel like there was enough evidence to support any criminal charges. 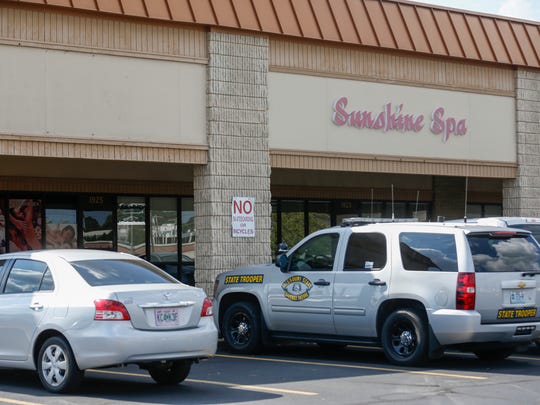 Sunshine Spa at 1925 S Glenstone Ave. is one of more than a dozen Asian massage parlors in Greene County raided as part of a sex trafficking probe in 2017. (Photo: Andrew Jansen/News-Leader)

Patterson said the assistant prosecutor who handled the case said that there was evidence of commercial sexual activity at the businesses, but not enough evidence that the massage parlor owners encouraged or mandated that behavior or that any of the sexual acts were not consensual.

Additionally, Patterson indicated the highway patrol did not provide prosecutors with the names of the massage parlor employees who engaged in sex acts with patrons and would be considered the victims in any human trafficking case.

A highway patrol supervisor told the News-Leader in 2018 that the agency was also in communication with the U.S. Attorney’s Office for the Western District of Missouri to determine if federal court would be a proper venue for any criminal charges, but the local U.S. Attorney’s Office did not file any charges related to the massage parlor raids either.

Don Ledford, spokesman for the federal prosecutors, said he could not comment on whether or not a case was ever submitted to the U.S. Attorney’s Office for the Western District of Missouri for review. 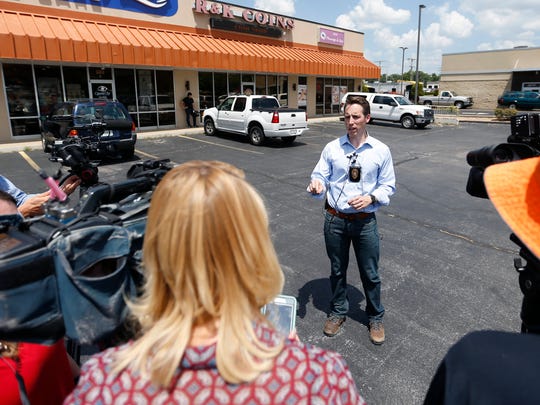 While felony charges were never filed in Missouri, the years-long investigation into Springfield massage parlors did lead to some judicial action.

Most notably, a massage parlor operator in Louisiana was convicted of human trafficking as part of the broader multi-state investigation.

The Louisiana defendant, Linan Tian, was sentenced to 18 months in prison. His wife, Bing Bing Li, pleaded guilty to money laundering and got six months behind bars. Tian and Li were also named in Springfield warrants as being operators of Palm Spa on Campbell Avenue.

Law enforcement in Louisiana said the genesis of their case was the work done by investigators in Missouri.

Locally, nine people were charged in Greene County shortly after the raids with operating a massage business without the proper state license, a misdemeanor.

Several of the massage parlors have since closed, and the Attorney General’s Office (under new AG Eric Schmitt) filed consent judgments against three businesses and two individuals that would force them to give up their massage licenses for at least 10 years.

Hawley said in a statement emailed to the News-Leader this week that the investigation  “resulted in approximately a dozen women being set free from sex slavery in Springfield.”

It’s unclear what happened to those women after the raids.

The News-Leader obtained dozens of pages of search warrant documents that describe some of the state’s evidence before the July 2017 raids.

According to the warrants, the investigation started in 2014 after the highway patrol was tipped off to suspicious behavior at Palm Spa in Springfield.

The warrants go on to detail what investigators believed to be a somewhat interconnected operation involving a dozen more Asian massage parlors throughout the city with advertisements on Backpage.com featuring women in revealing clothing, customers admitting to law enforcement they received “hand jobs” or masturbated on massage tables, employees being shuttled from homes to businesses and stains “consistent with semen” found at several businesses.

The most compelling evidence pointing toward sex trafficking in the warrants obtained by the News-Leader was two 2017 interviews conducted with employees leaving Relax Spa at 2022 S. Stewart Ave.

The women allegedly told a highway patrol investigator they came to Springfield to work as masseuses, but when they got here, they were told they had to live at the massage parlor and could not leave. 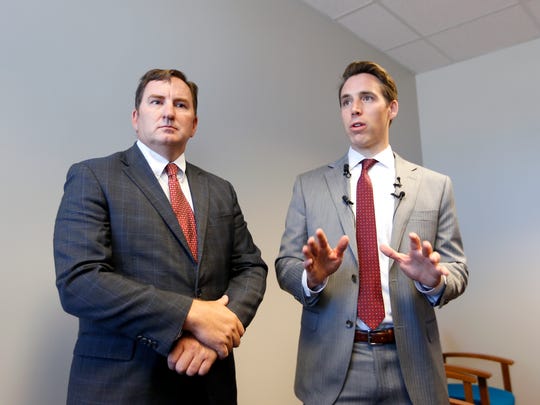 When the women were asked if they were forced to perform sex acts on patrons, they did not answer, according to the warrant.

If citizens suspect that there is human trafficking occurring at a massage business, they are asked to not intervene themselves but instead call the National Human Trafficking Hotline at 1-888-373-7888.

According to a document provided by the Missouri Attorney General’s Office, some signs that a massage business is involved in illicit activity include prices below market value, male-only clientele, customers leaving through side doors or being “buzzed in,” and websites that reference the appearance of the masseuses.

Here is the full statement from Sen. Hawley about the case:

“The Missouri Highway Patrol spent nearly two years working on this investigation, in conjunction with multiple law enforcement agencies in other states. They did tremendous work that resulted in approximately a dozen women being set free from sex slavery in Springfield and felony charges and prison time for traffickers. Working with their partners in other states, Missouri law enforcement uncovered an organized crime ring based in East Asia that was operating in Missouri, Arkansas, Louisiana and Alabama. Law enforcement in those states led simultaneous raids in July 2017 that resulted in approximately a dozen women freed in Springfield. Two regional ringleaders who had been operating in Springfield were arrested in Louisiana the same day. They were charged with and pled guilty to felony trafficking and money laundering for their crimes. Additional individuals pled guilty to misdemeanor offenses in Springfield. I am glad so many women were freed and that those involved were charged and prosecuted. I salute the members of the Missouri Highway Patrol for their excellent work. But there is much work left to be done, and I hope the multi-state investigation and coordinated efforts by state and federal law enforcement will continue.”

And here is the full statement from current Attorney General Eric Schmitt’s office:

“After a thorough investigation and legal work, the Missouri Attorney General’s Office filed five consent judgments in Greene County, forcing defendants to surrender their state issued massage licenses and barring those defendants from re-applying for licenses for at least 10 years, a strong result in this civil case, and we hope that the judge will accept and enter these judgments. The Missouri Attorney General’s Office will continue to work to root out instances of human trafficking and illegal massage businesses wherever possible. Missourians can report human trafficking to the National Human Trafficking Hotline at 1-888-373-7888.”

Thu Jul 16 , 2020
The National Weather Service in Springfield has issued a * Flood Advisory for… Eastern Newton County in southwestern Missouri… * Until 415 AM CDT. * At 1016 PM CDT, Doppler radar indicated heavy rain due to thunderstorms. This will cause minor flooding in the advisory area. Source link Post Views: […]