Here are some safety tips you can follow if you plan on popping fireworks this Fourth of July.

It’s hard to imagine an Independence Day in the Ozarks without fireworks in the sky, even amid a pandemic. But there are rules governing when and where you can set them off, and they differ from city to city in southwest Missouri.

So if you’re planning on celebrating the Fourth with your own fireworks this year, it’s important to know what the law is where you are.

It’s illegal to possess, manufacture, store, sell, handle or set off fireworks in the Queen City, according to the Springfield Fire Department, with few exceptions.

People can get permits to use fireworks for a public display by completing an online application and paying applicable fees.

And devices the city calls “novelty items” — snappers, party poppers, toy smoke devices or glowworms —are also legal, as are some sparklers.

But fire officials haven’t been terribly keen on people using the latter devices.

“Sparklers burn at temperatures up to 2,000 degrees and are the leading cause of injuries around July 4,” Fire Chief David Pennington said in a news release. “Children should be educated on how to avoid injury when using sparklers and should use them only when supervised by adults.”

The city can also confiscate illegal devices, and tickets run $100-$500 each.

In unincorporated parts of Greene County, fireworks are legal year-round.

However, the Greene County Sheriff’s Office has previously noted that fireworks remain subject to state statute on disturbing the peace, which forbids “unreasonably and knowingly” disturbing other people by loud noises.

“Although it is perfectly legal to shoot off fireworks,” one post said last year, “we want to ask everyone to remember your neighbors and use common sense.”

Things are a little more permissive in Republic, where individuals can set off their own fireworks on July 4 between 10 a.m. and midnight, according to city code.

“Civic and social organizations” are eligible for more latitude. Upon receiving a permit from the city’s fire department, they can hold aerial fireworks displays from June 30 through July 4 between 8 p.m. and midnight so long as they provide “adequate” off-street parking for the occasion and provide “reasonable care” to protect against health and fire hazard.

Those organizations can also apply to the Republic City Council for a special permit to set off fireworks outside those dates. 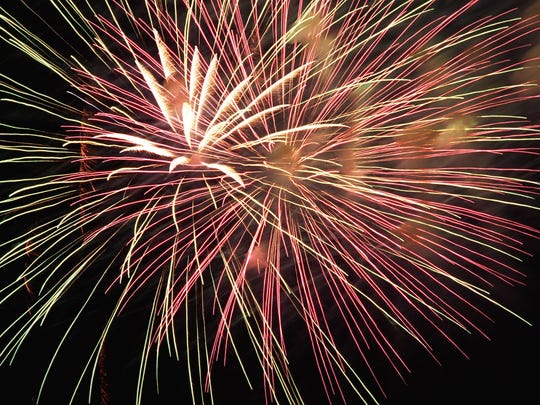 In Willard, individuals can set off fireworks on private property starting at noon on July 4 to 12:30 a.m. the following morning provided they do so “safely” and anyone under the age of 17 is supervised by a parent or another adult while handling, setting off or assisting with fireworks.

Shooting off fireworks in city parks or on other public property means paperwork, though. Anyone looking to do that must obtain a permit from the city, and any application for such a permit has to come to the mayor at least 20 days before the proposed exhibition with a $15 fee.

Breaking the city’s rules can result in a fine of up to $500 and/or up to 90 days in jail, according to city code, as well as the confiscation of fireworks.

On the other side of Greene County in Strafford, city code allows fireworks year-round so long as they’re:

The only difference on July 4 is that fireworks can go until 1 a.m. the next day. 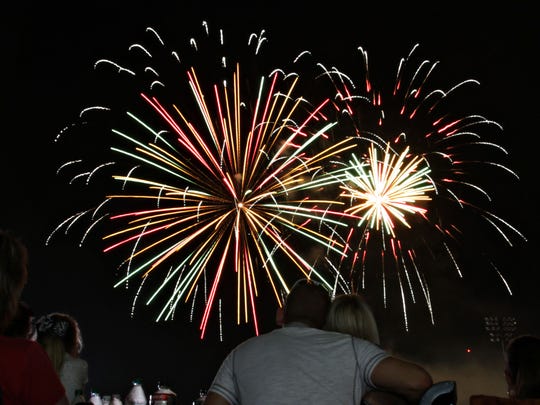 The city of Battlefield allows people to use fireworks from 10 a.m. to 10 p.m. from July 1-6, except on July 4, fireworks can go until midnight.

Users are responsible for cleaning up after themselves, according to city code. Failure to do so is punishable with a $50 fine on first offense and $250 on subsequent offenses.

The city of Nixa allows people to use fireworks on July 4 between 2 p.m. and 11 p.m. so long as it’s done “safely” and anyone under the age of 17 is supervised by a parent or adult when handling or setting off fireworks, according to city code. The same section of city code also contains a warning, though: failure to abide by the rules “may result in the seizure of fireworks and/or prosecution.”

Certain groups and artisans looking to use fireworks for public displays can get around that time frame with a permit from the Nixa City Council submitted at least 30 days in advance of the planned display and adequate insurance coverage.

In the Christian County seat, people can set off fireworks within city limits from 9 a.m. to 10 p.m. on July 2 and 3 and from 9 a.m. to midnight on July 4 and 5, according to city code.

Anyone looking to get around those times needs the permission of the city’s Planning and Development Department and the Ozark Fire Protection District.

City police are empowered to confiscate fireworks held in violation of the ordinance.

In unincorporated Christian County, just like in Greene County, no local rules apply.

“The county has no ordinances in place that restrict fireworks,” Sheriff Brad Cole said in an interview last year.

However, he noted state law still requires a least a little restraint.

Across the Webster County line in Rogersville, people can only shoot off fireworks from noon to 10 p.m. on Independence Day, according to city code.

However, fireworks users should take care not to use “exploding fireworks or fire display of any kind whatsoever” within 300 feet of the town’s public square on Clay, Jefferson, Crittenden and Madison streets or within 500 feet of a parade, public meeting or other lawful assembly.

People also need a permit to shoot off fireworks:

Shooting off fireworks in city parks is also prohibited without permission from fire officials.

Want to capture really great shots of fireworks this Fourth of July?
Digital Trends compiled a list of tips and tricks to help.

In Bolivar, people have more time to use fireworks, but generally fewer options.

According to city code, people can have and use fireworks from June 20 through July 10 but only so long as they:

– stay out of the central business district and at least 15 feet away from any structure;

– “produce only a visible effect when lighted”;

– are not designed to explode, make loud noises or launch a projectile.

Examples of permitted devices include sparklers, fountains, snakes and smoke bombs. The central business district is defined in city code as the area bounded by and including Locust Street to the north, Walnut Street to the south, Clark Street on the west. To the east it’s Wilson Avenue north of  Jackson Street and Benton Avenue/South Albany Avenue south of Jackson Street.

Organizations or groups of individuals can use other kinds of fireworks if they get a permit from the mayor and clean up after themselves.

Applications must be made at least 10 days prior to when a group wants to put on its display.

Anyone found violating the rules can have their fireworks seized and destroyed.

In Branson, people can set off fireworks from 7 a.m. to midnight on July 3 and 4, according to the city’s website.

Users cannot throw them from a car and must stay 100 feet from fireworks sales tents and 600 feet away from churches, hospitals, public schools or other “places of assembly,” like theaters.

Homeowners’ associations and resorts may have additional rules and restrictions.

Austin Huguelet is the News-Leader’s politics reporter. Got something he should know? Have a question? Call him at 417-403-8096 or email him at ahuguelet@news-leader.com. You can also support local journalism at News-Leader.com/subscribe.

Man with extremist views charged with having explosives

Wed Jul 1 , 2020
Friends of Jonathan Swoboda, 25, told police they feared he was planning a large scale attack ST. CHARLES COUNTY, Mo. — St. Charles County police found an arsenal of grenades, pipe bombs, a landmine and other explosive materials in Cameron Swoboda’s basement after his friends and associates told them they […]