ST. LOUIS — A small group of people pulled an AK-47 rifle out while cursing and yelling at a 5 On Your Side reporter and photographer who were trying to report live from the scene of a protest outside St. Louis Mayor Lyda Krewson’s house Sunday.

Reporter Justina Coronel recalled the moment during an interview Monday, saying she was seconds away from doing her live shot when she, photographer Don Galloway and a security guard watching over them decided to leave abruptly.

“It was bizarre and insane, they were ready to fight us,” Coronel said. “And it happened in seconds.

“I’ve been to a lot of protests and a lot of these nights, and I’ve never had that happen to me. It was scary. These aren’t protesters. They’re looking for trouble. I understand their anger. Their anger is understandable, but when it comes to life or death that’s where I draw the line. It’s not fair for those who don’t deserve that anger toward them. I feel like we in the media are blamed a lot and that’s fine if you want us to be a punching bag but don’t threaten us. I want to live.”

It wasn’t long after 10 p.m. when Coronel and Galloway set up their shot across the street from the mayor’s house.

Fireworks were going off around them. People were yelling. But the car that pulled up near them with no lights caught their attention.

One of the men got out of the car. He was using crutches, and shouting obscenities and demanding to talk to Coronel. A private security guard then told him, “You’re not getting anywhere near her.”

That’s when Coronel and Galloway started walking away, Coronel said.

“That’s what pissed them off,” she said. “They were like, ‘Oh what, you’re not going to let us talk to her?’

“They got heated and angry and everyone in the car starts yelling and then they get their gun out. They had an AK-47. All I know is my security guard is getting his hand on his bag to get his gun and they’re arguing.”

Coronel called back to the station to tell producers she couldn’t go live.

“I told them, ‘We’re getting verbally attacked,’ and I don’t turn around I just kind of turn and I see our guard walking backwards, not turning his back toward them, but the guy who was in crutches is following us all the way until we got into our car.”

He then saw her moments later and said: “I’m sorry, newslady. I ruined your show.”

Coronel said she was shaking when she got home.

“God forbid something were to happen,” she said. “Maybe you were just showing (the rifle) off to intimidate us, but things happen in seconds. You could have killed someone.” 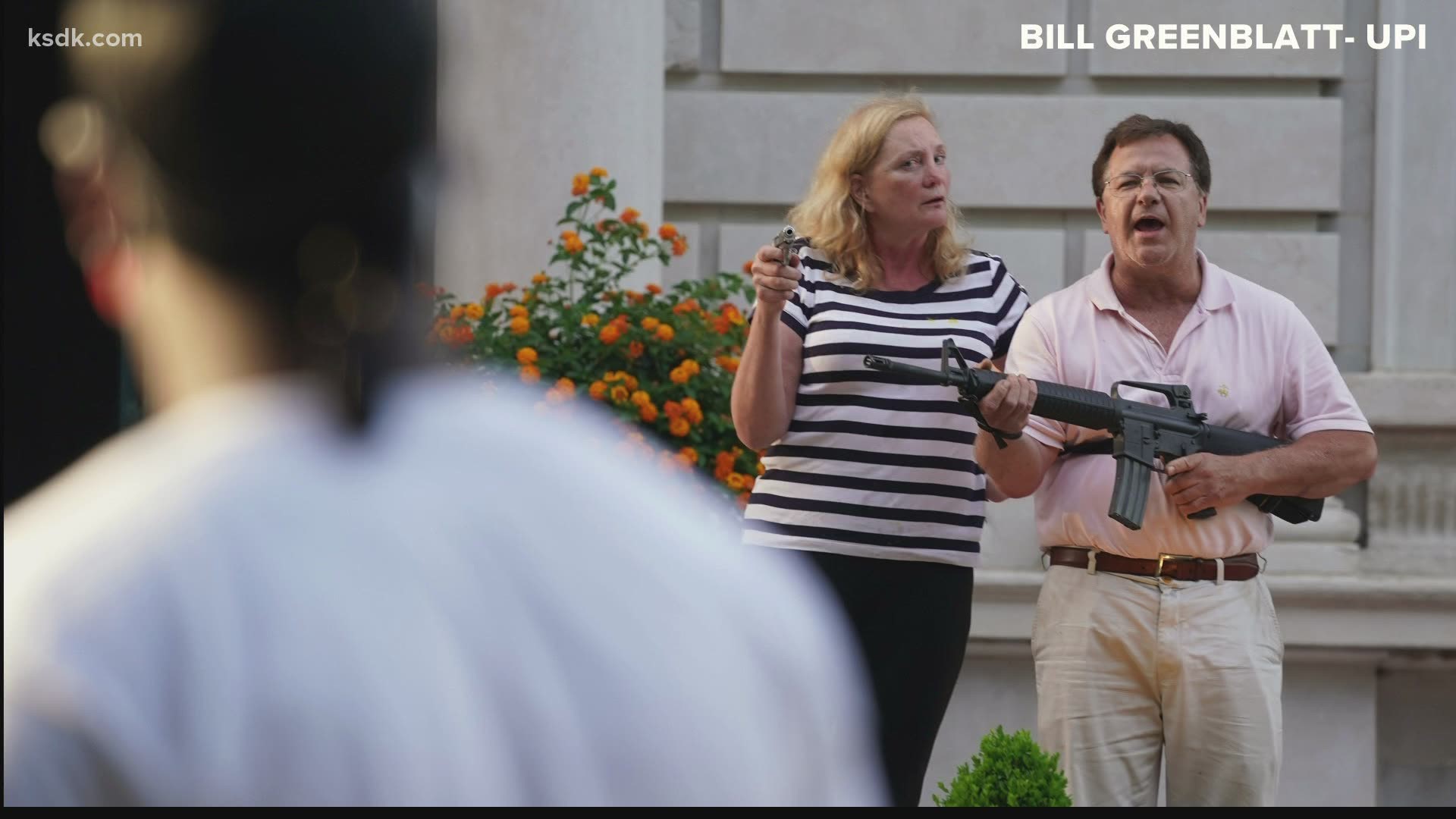 Tue Jun 30 , 2020
…THE FLASH FLOOD WARNING REMAINS IN EFFECT UNTIL 1230 PM CDT FOR WESTERN HANCOCK…SOUTHEASTERN VAN BUREN…LEE AND CLARK COUNTIES… At 700 AM CDT, a trained weather spotter reported 2.5 inches of rain has fallen 3 miles northeast of the Heath Memorial Conservation Area. Doppler radar estimates around 2 to 3 […]