Festivalgoers will notice more security and an earlier closing time when the festival returns Wednesday.

“We always knew things weren’t going to be perfect for the first couple of days,” Schneider said of the inaugural event. “We have Mondays and Tuesdays to regroup, retool and that is what we have done.”

St. Charles police told 5 On Your Side everyone involved in the fight was a minor. There were no injuries and no arrests.

But someone did set off fireworks, Schneider said, which caused some people online to worry about gunfire. He said there were no firearms involved, and the event was closed immediately after the fight was broken up.

“We shut the lights down. We closed the event down probably 30 minutes ahead of schedule,” Schneider said.

Organizers said the cheaper General Admission tickets — $5 as opposed to the $20 all-you-can-ride options — are no longer available on the website. They will only be available in limited numbers at the front gate.

Organizers had five off-duty officers working security Saturday, and they bumped that number to seven for Sunday.

They will cut off new admissions at 8 p.m., and the event closes at 9 p.m., which is an hour earlier than previously scheduled.

Minors will not be allowed to enter without an adult.

“I was so surprised, being here with all my kids and everybody, that something happened,” festivalgoer Jim Clark said.

Clark attended the event while visiting St. Charles from California, where he himself runs similar fairs. He said he was impressed by the level of organization.

“I was like, ‘Oh my God, these guys have got it wrapped up. What a great event for family-fun entertainment,'” he said, adding, “It was amazing.”

More coverage on fairs, fireworks and Fourth of July celebrations: 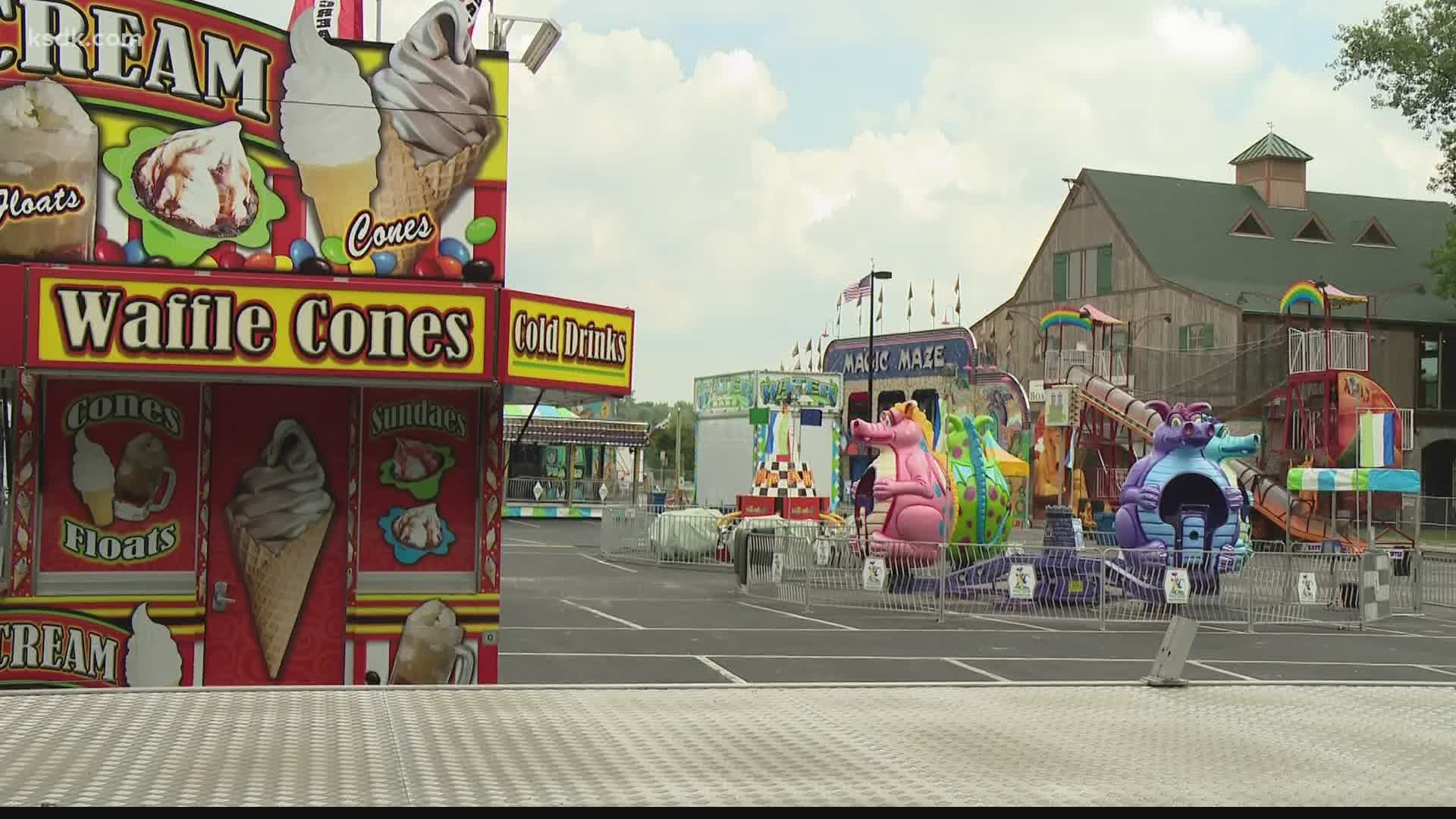 National coin shortage linked to pandemic, a local business says they aren't affected by it