A Springfield man pleaded guilty in federal court Monday to his role in a large-scale methamphetamine conspiracy that involved multi-pound shipments of methamphetamine transported from Arizona to Missouri, a news release said.

Gregory L. Hopper, 35, pleaded guilty to one count of conspiracy to distribute methamphetamine and one count of possessing firearms in furtherance of a drug-trafficking crime.

By pleading guilty today, Hopper admitted that he participated in a conspiracy to distribute at least 7.2 kilograms of methamphetamine in Greene, Christian, and Taney counties from June 2017 to March 18, 2019, the release said. 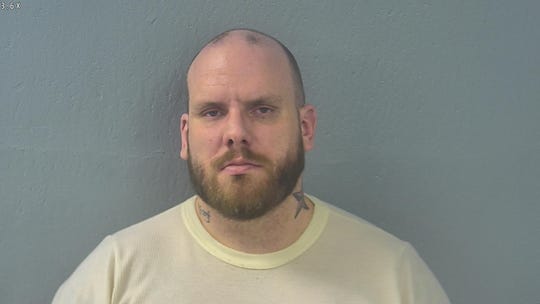 Hopper also admitted that he possessed 15 firearms — including four assault rifles, 10 handguns and a shotgun — in furtherance of a drug-trafficking crime.

Also found in the residence were additional firearms, including a Cobray .45/410 handgun, a Walther PPS handgun, a Rock Island handgun (reported stolen), a Ruger LCP handgun, a Stevens 12-gauge shotgun, a Glock 42 handgun, and a Glock 26 handgun, the release said.

Officers found a total of 63 grams of methamphetamine in the residence. Officers seized $2,257 from a safe, $1,103 from a glass jar inside a bedroom closet, and $3,423 from Hopper’s wallet, the release said.

Hopper is the seventh defendant to plead guilty in this case.

A sentencing hearing will be scheduled after the completion of a presentence investigation by the United States Probation Office.