LAS VEGAS — Zach Sanford had the best game of his young NHL career — even if his thoughts were understandably far from the ice.

Sanford scored four goals in St. Louis’ 6-5 overtime loss to Las Vegas on Thursday night, the Blues’ first game since teammate Jay Bouwmeester collapsed from a cardiac episode on the bench during a game earlier in the week.

Emotions ran deep for Sanford, St. Louis’ 25-year-old first-line wing whose father died of a heart attack in 2018 and was missing from the Blues’ annual father’s trip. His big scoring performance helped get everyone’s minds back on hockey a bit, even in defeat. 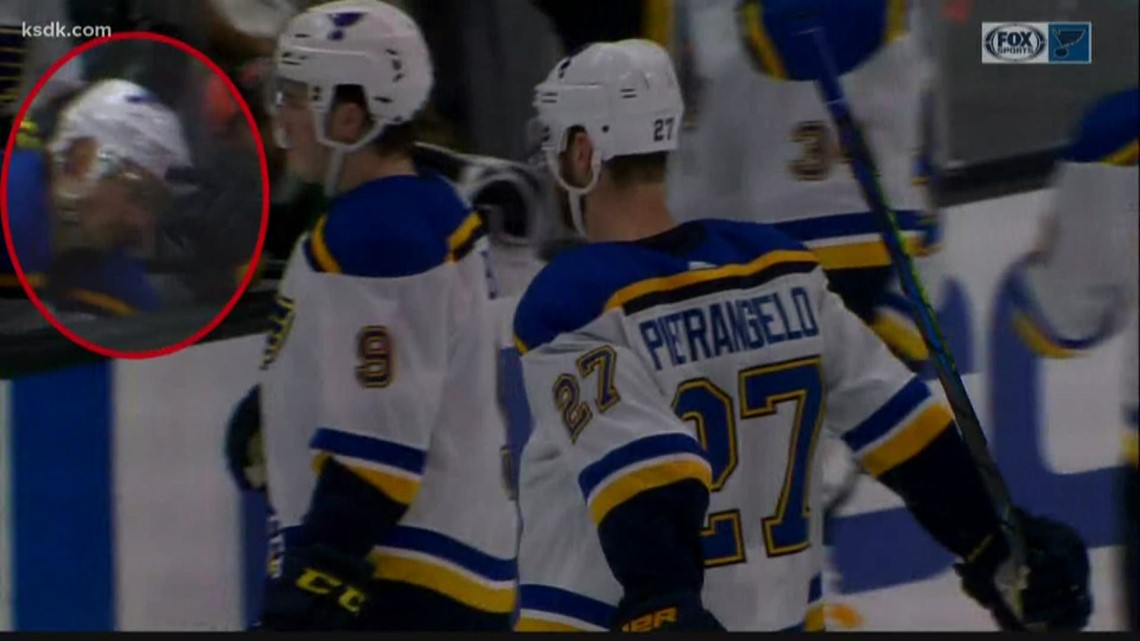 ST. LOUIS – Tuesday will go down as a night that the St. Louis Blues will not forget. It was a night that not only affected the players, but the opposing team, fans, officials, families and the NHL as a whole.

RELATED: Remembering Chris Pronger’s on-ice collapse after getting hit near the heart in the 1998 playoffs

“I didn’t know how they would come in after going through something like that,” Vegas coach Peter DeBoer said. “That’s something that’s traumatic. It’s traumatic watching it as an outsider, I can’t imagine being there. I give them a lot of credit, I thought they came out and they were ready to play.

“They didn’t look distracted and they really played a good game considering the circumstances.”

Jonathan Marchessault’s power-play goal in overtime lifted the Golden Knights to the victory as Vegas tied a franchise record with four goals with the man-advantage — including two by Marchessault and one each by Max Pacioretty and Nate Schmidt. Pacioretty also had an even-strength goal, as did Alex Tuch. Malcolm Subban, making just his third start in 2020, made 19 saves for Vegas.

“The crowd was awesome for us,” Marchessault said. “We wanted to get them on our side again. We owed them a couple of wins there. It’s good to get the first one.”

But on a night the Golden Knights notched a much-needed win after being shut out in Minnesota on Tuesday, improved to 5-3-2 under DeBoer and continued to fight for a playoff spot in the jam-packed Pacific Division, thoughts were heavy.

The Blues’ game Tuesday night against Anaheim was postponed after the 36-year-old Bouwmeester collapsed on the team’s bench in the first period. A defibrillator was used on the veteran defenseman before he was taken to a hospital, where he continues to undergo tests.

St. Louis, mired in a 2-6-2 slide, hit the ice for the first time since the scary incident and got off to a fast start with their teammate on their minds.

Sanford opened the scoring just 25 seconds into the game when he fired a shot from the circle that beat Subban.

Sanford’s father Michael died in his sleep in 2018 and never got to see his son play in an NHL regular-season game in person. And the only father’s trip Michael Sanford was able to attend, his son was recovering from a dislocated shoulder in 2017.

Sanford’s lifelong friend from New Hampshire, Brett Glendye, is on the trip.

“I’m glad he could be here and enjoy this with me and thanks to him for coming out,” said Sanford, who now has 13 points in his last nine games. “Obviously I’d really want to have (my dad) here. I think he was watching over tonight and maybe helping out a little bit, too.”

After Sanford’s first goal, the Golden Knights fired right back as Pacioretty scored back-to-back goals to give Vegas a 2-1 lead.

Mackenzie MacEachern also scored for St. Louis and Jordan Binnington made 46 saves. Binnington came in 2-0-0 against the Golden Knights and had allowed just three goals in two starts against them.

It marked the 10th straight game the Blues allowed three or more goals, and seventh time in that span they allowed four or more.

St. Louis ranked fourth in the NHL in goals-against through Jan. 13, allowing just 2.60 goals per game. In the 10 games since then, the Blues rank 31st in the league, allowing 3.82 goals per contest.

The Golden Knights were just 3 for 26 on the power play in their first nine games under DeBoer, but finished 4 for 5 on Thursday night.

“That was a tough one, especially having the lead multiple times,” St. Louis alternate captain Ryan O’Reilly said. “Got to find a way to shut the door. It was tough. Some things we did well, but we didn’t play a great game, we gave up way too much. I don’t think the calls went our way a lot. I don’t think it was officiated great tonight, but still they had some good bounces on the penalty kill and on their power play gave them confidence. It killed us.”

NOTES: The Golden Knights recently announced the purchase of an AHL franchise membership from Spurs Sports & Entertainment, which currently operates the San Antonio Rampage — the current AHL-affiliate of the Blues. On Thursday, the team announced it will work closely with nearby Henderson city officials on developing a second hockey facility, which will be a state-of-the-art, 6,000-seat arena for the AHL team. The team will play at the Orleans Arena next season. … Las Vegas Raiders owner Mark Davis and coach Jon Gruden were greeted with loud cheers from the announced sellout crowd of 18,252 when shown on the T-Mobile Arena jumbotron. … Tuch played in his 100th career game. 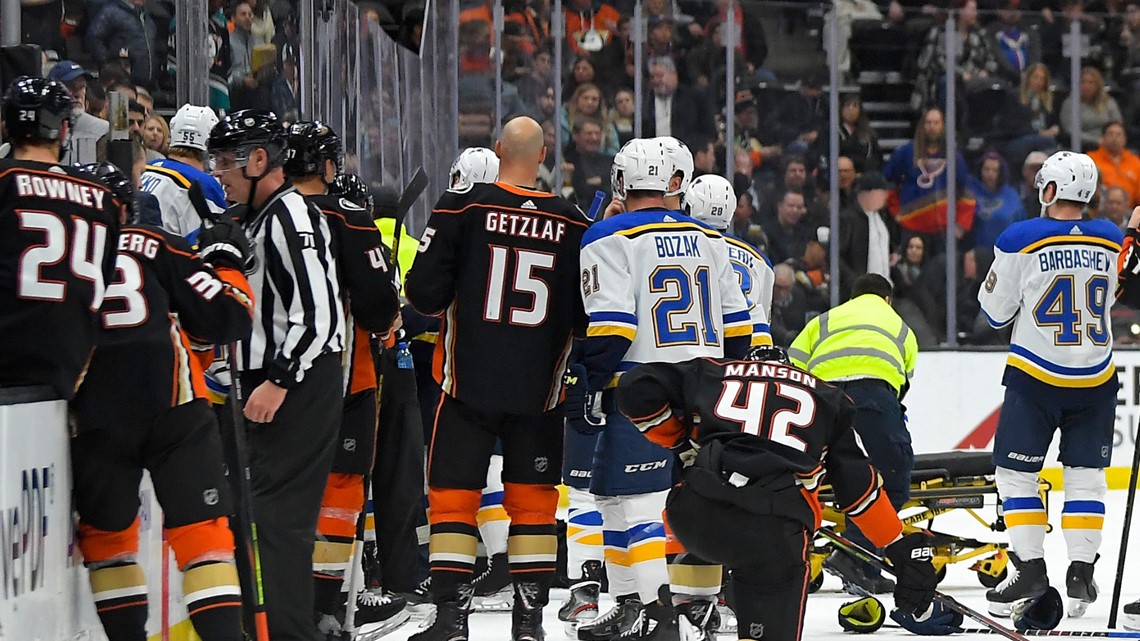 LAS VEGAS – Blues defenseman Jay Bouwmeester is ‘doing well’ and recovering in an Anaheim-area hospital after suffering a ‘cardiac episode’ on the St. Louis bench during the team’s game against the Ducks in California. Blues President and General Manager Doug Armstrong addressed the media for the first time since the incident on Wednesday in Las Vegas.

Sat Feb 15 , 2020
Upon seeing the frightening image of Jay Bouwmeester collapsing on the Blues’ bench Tuesday night, my mind took me to a place I hadn’t been in over twenty years. It was a sight never to be forgotten even watching on television. Blues defenseman Chris Pronger falling to the ice during […]