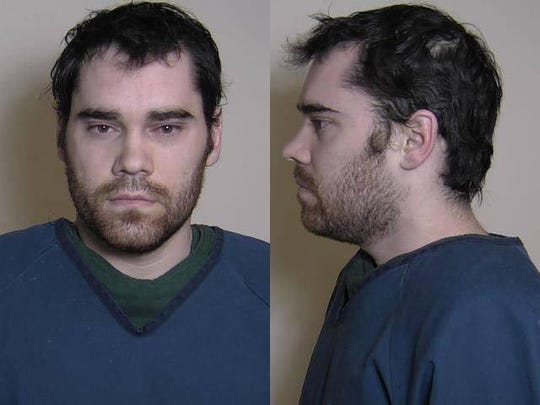 A Missouri man charged in the killing of a prominent St. Louis-area attorneyÂ has ties to the Ozarks.

Banowetz, a current student at the St. Louis College of Pharmacy, enrolled atÂ College of the Ozarks in 2010 and graduated in 2014. He was one of the students selected by the college to travel France, Belgium and Luxembourg with World War II veteransÂ to mark the 70th anniversary of D-Day and the Battle of the Bulge.

‘The top of heinous and senseless crimes’

Capt.Â David Vucich with the Madison County Sheriff’s Office in IllinoisÂ â northeast of St. LouisÂ â said, in a news release:Â “In my 22-year career as a law enforcement official, I (have) seen a lot of gruesome cases but this one elevates to the top of heinous and senseless crimes.”

The evening of Jan. 4, the sheriff’s office was called to a rural home near Edwardsville, where the 47-year-old attorney lived. Gori was pronounced dead at the scene.

The sheriff’s office activated the Major Case Squad of Greater St. Louis and at least 25 investigators from different agencies are part of the case.

More: In lawsuit, teacher sues Republic district after she ends up on student hit list

According to the release, the squad followed leads and searched for a black 2020 Rolls Royce SUV that was taken from the home. The morning of Jan. 5, investigators located the vehicle and found Banowetz in a wooded area.

“The investigation has revealed the subject acted alone,” Vucich saidÂ in the release. “His acts appeared to be premeditated.”

Campus was ‘shocked and deeply saddened’

John Pieper, president ofÂ St. Louis College of Pharmacy, issued a statement noting that Banowetz was a student in “good standing” at the time of the incident.

He said the campus was “shocked and deeply saddened” by Gori’s death. “Our thoughts and prayers are with Mr. Goriâs family and loved ones as they grapple with this indescribable loss, and we offer them our deepest condolences.”

More: College of the Ozarks wants to establish its own police force

Capt. Vucich said Gori was well known in the community and had supportedÂ worthwhile causes. “I knew the victim personally and he was a generous man and he will be missed.”

He said Banowetz “can best be described as having a transient and nomadic lifestyle.”

Vucich said the investigation is ongoing and, at this point,Â “we are unable to establish a direct connection to the victim and the defendant.”